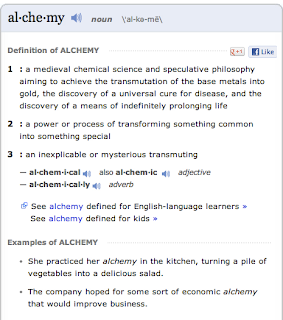 One of my favorite words.

Because I am fascinated with the notion of taking common, regular things and turning them into something extraordinary.

I told one of my students I can find the awesome in anyone and I really believe I can.


I was going to write about that today until...

Johnny came by to visit for our regular Thursday chat.

Johnny was telling me how he'd been reading the book I gave him, with his little brother, at night.  Well, how he had been until the lights got turned off.
"Turned off?"
"...We got them turned back on though so I can start reading again even if it's dark out."

I told him I was glad before asking him where he and his brother like to read.

"Oh, we usually read in the living room that doesn't have any furniture!" he told me with a broad smile.

Johnny lives in a mobile home near school.
Mobile homes, like his, rarely have enough living rooms for one to be empty and one to be full so I asked, "Why doesn't your living room have any furniture?"

"We couldn't afford the payments so they had to come and take it. I miss it.  The couch was striped just like a Zebra and it was my favorite!"

I told him a zebra couch sounded pretty neat and would probably be my favorite too.  Then I asked him if they still had their new beds.

He told me they did.  And they still had their new sheets and blankets too.  Only...

"No, my mom bought them from someone over by Church's Chicken.  My sisters bed has writing all over it [that came with it] and my brother's bed has blood stains."

"Blood stains?  Did your mom clean it up or buy him a new mattress?"

"We just flipped it [his mattress] over, it's fine now - except for the part where the dog always pees."

I wish I could say this little boy is an exception - that I've never had a conversation like ours but, unfortunately, the things we discussed today are what make him just like all the others.

Two weeks ago, I was telling Johnny how important it is to "RUN inside when people start shooting."  How "It is NEVER safe to keep playing outside when guns are going off."  That "living kids are a lot more fun than not living ones."

You know, they come to school and we get frustrated with them...impatient...angry even.  Because they aren't focused, don't take us seriously, or do things that endanger themselves and their classmates.

They come to school.

has got to teach them

is why I wake up

That was beautiful. You inspire me to be a better person. Thank you.